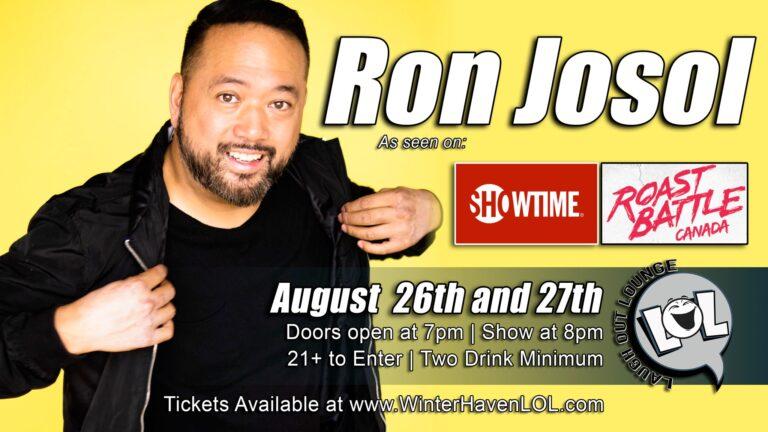 Previous Next
Event Category: Concerts and ShowsEvent Tags: downtown winter haven live show Stand Up Comedian
Laugh Out Lounge cannot wait to host Ron Josol! Ron is one of the hottest acts on the circuit today and has appeared on Showtime, MTV, and The Discovery Channel. This is a show you do NOT WANT TO MISS! Tickets are on sale now and are only $20 in avance ($30 at the door). Get yours before they are gone!
More about Ron:
Ron Josol represents the new generation of comedy. With his modish comedy style and commanding stage presence, he is one of the hottest acts today.
He performs regularly in Canada, the United States, the Pacific Islands, the Persian Gulf, Asia, Central America, the Caribbean, and the Middle East.
Josol has taped numerous stand up comedy specials in his career. He first achieved his own comedy special in 2000, Comedy Now!, on the CTV/Comedy Network. He has been featured in ABS-CBN’s SlantEd Comedy taped at the San Jose Improv and recently recorded two comedy specials produced by Showtime Dubai. In January 2009, Hollywood producers took notice and gave him the oppor

Price: $30
Facebook
Tags: downtown winter haven, live show, and Stand Up Comedian
August 26, 2022, 8:00 pm
-
10:00 pm
August 27, 2022, 8:00 pm
-
10:00 pm
Event Information:
Date: Fri and Sat Augst 26th and 27th
Showtime: 8pm (both nights)
Doors Open: 7pm (both nights)
Get Your Tickets Here: $20 in advance, $30 at the door
Must be 21+ to enter.
We now offer "Pick Your Seats" through Ticketleap! If you do not wish to choose your own seats, the best available seats will be chosen for you. All walk ups the night of the show will be first come first served.
Two item minimum per person. (water does not count towards minimum, an additional charge of $6 will be applied to your tab if two item minimum is not met)
Must present confirmation email or QR code the night fo the show for admission.
Laugh Out Lounge 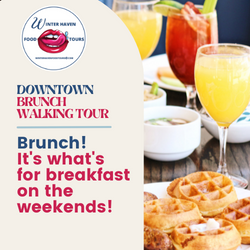 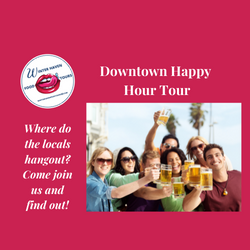